The Legend On The Label

The Grey Ghost Pinot Grigio carries the story of 4 generations of winemaking in North America from the Ross family farm in Alberta, Canada in the early 1900’s, to a swanky speakeasy in the mid 1920’s outside the beautiful finger lakes region of New York, all the way to the emerging wine country of North Texas 100 years later.  The common thread that kept the Ross family united over time and across the lands is the deeply routed belief of acceptance and love for family and the regular celebration of that love over a bottle of wine.  Percy Ross, featured on the label of the Grey Ghost Pinot Grigio, was the first known winemaker in the Ross family.  The bottle displays the last photo of Percy before he fled Canada on his horse “Grey Ghost” in 1910 to come to America and escape this young entrepreneur’s troubles.  Percy redefined himself as a prominent businessman in Upstate New York and built Ross & Krowl’s, later known as the Crystal Grill and Casino, into a thriving family business.  True to his character, alcohol sales continued during Prohibition with the use of the grill’s underground speakeasy.  The passion for winemaking and entrepreneurialism was passed down from generation to generation and Percy’s grandson Ronald Ross established one of the first wineries in North Texas.  The Triple R Ranch and Winery has grown over the years to becoming one of Texas’ most hidden treasures and its very existence stems from Mr.Ross’ strong desire of having a place to bring family together, create lasting memories, and continue the legacy of sharing love for family over a glass of wine.

Take advantage of our LEGENDS OF THE RANCH PROMOTION!  Each month we are sharing the stories behind the legends featured on our wine labels.  Every bottle has a story and to get the word out we are giving 10% OFF bottles of our featured legend AND 25% OFF for club members!   We hope you will share our stories with your friends! 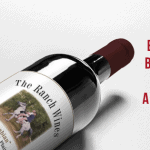 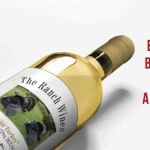