Take advantage of our LEGENDS OF THE RANCH PROMOTION!  Every month we have a featured legend.  Every bottle has a story!  Find out which legend is currently featured and receive 10% OFF bottles of our featured legend AND 25% OFF for club members!

READ ABOUT OUR LEGENDS

The Legend Of This Label

In 1998 the Triple R Ranch transitioned from a working cattle ranch into a high fence game reserve. 3 miles of 8 foot fencing was installed around the families first 100 acres and shortly thereafter the ranch was home to its first red stag. Weighing in 360 pounds heavier than an average red deer, this 14 point, 800 pound red stag needed a BIG name! Big Red became the first deer species to rule the Triple R Ranch. Known to enjoy a big bold heavy Cabernet, Ron Ross made the Big Red Cabernet his flagship wine and the Triple R Ranch became “The Triple R Ranch and Winery”! This wine made a strong showing at the North Texas Wine Country‘s Drink North Texas event earlier in July! We hope you enjoy and share this outstanding wine and legend with your friends!

Be The First To Know

Join our mailing list and be the first to know about our new wines, events and special offers!

No Events are found.
Cabernet Sauvignon, Every Bottle Has A Story, Legend Of The Ranch
Legend Of The Ranch – Big Red Cabernet2019-08-012022-06-28https://www.lonestarwinecellars.com/wp-content/uploads/2020/02/lone-star-logo-3-red-text-transparent-background-red-wine-cellars.pngLone Star Wine Cellarshttps://www.lonestarwinecellars.com/wp-content/uploads/2019/10/legend-blog-banner-featured-image.png200px200px
Recommended Posts
Explore 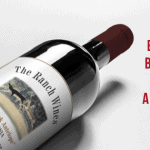